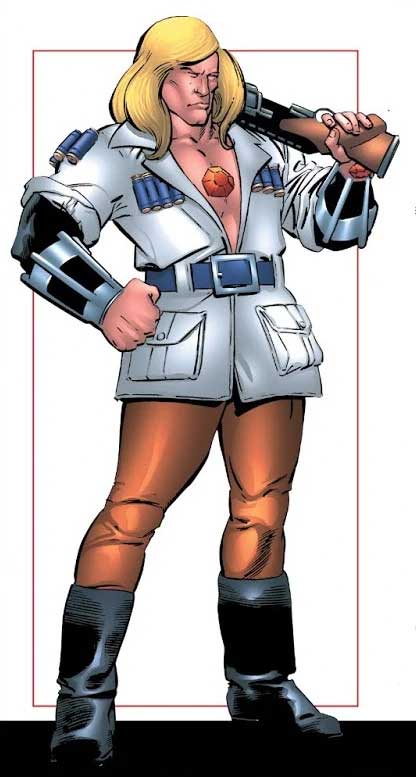 Ulysses Bloodstone is the adopted name of an ancient hunter turned adventurer, soldier of fortune, and monster hunter after contact with a fragment of the mystic Bloodgem rendered him virtually immortal. He lived for well over ten thousand years.

he man who would one day call himself Bloodstone was born about ten thousand years ago, at the dawn of the Hyborian Age, into a small nomadic tribe who occupied the area that would one day be called Scandanavia. One of his tribe’s foremost hunters, bloodstone was hunting for food one day when he encountered the extradimensional being Ulluxy’l Kwan Tae Syn, the guardian of the bloodstone. The bloodstone was an unearthly crystal which had recently materialized on Earth and which housed the Hellfire Helix, a non-organic life form from another universe that possessed great mystical power. In order to exist within Earth’s Dimension, the Helix had to encase itself within the protective crystal. The Helix desired to conquer the Earth, and to this end required a native life form to be its agent. Thus its servant Ulluxy’l lured Bloodstone to its lair and offered the savage a portion of the gem’s power. Irradiated by the bloodstone, the hunter was endowed with superhuman strength. Returning to his tribe, he demonstrated his power and told his awestruck people how they too might acquire his gift. The entire tribe accompanied him back to Ulluxy’l’s lair and were arranged in formation before the gem. The bloodstone then bombarded the assembled human beings with its energies, psychically absorbing their minds while killing their bodies. When Bloodstone realized what was happening, he lunged upon the gem, causing it to explode into hundreds of fragments. One of these geometrically perfect pieces imbedded itself into Bloodstone’s sternum; the others were scattered across the planet. Although his people had perished by the power of Helix, he had become immortal. He dedicated himself to extracting revenge upon the being he held responsible for his people’s death, and eventually took the name Ulysses Bloodstone. Ulluxy’s determined to locate and gather the many fragmentd of the great gem in order to one day reassemble it. 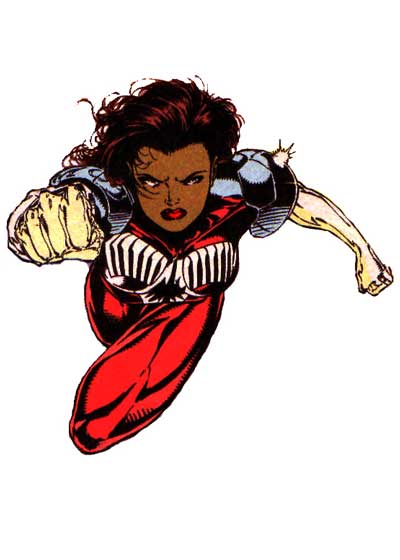 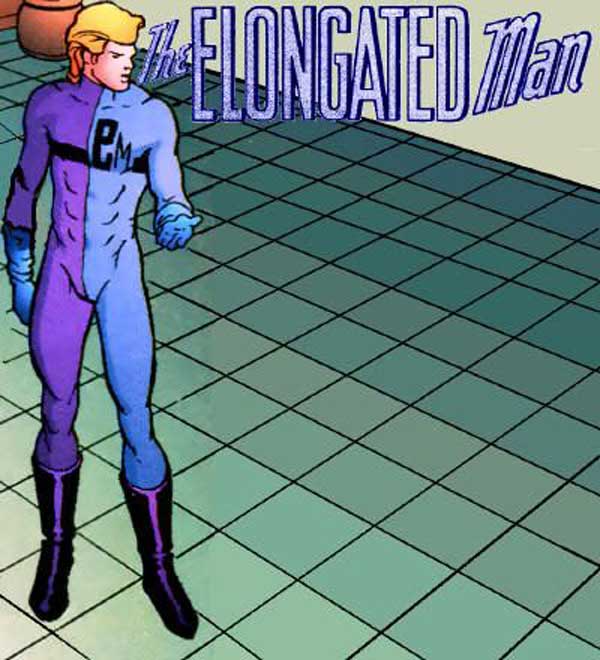