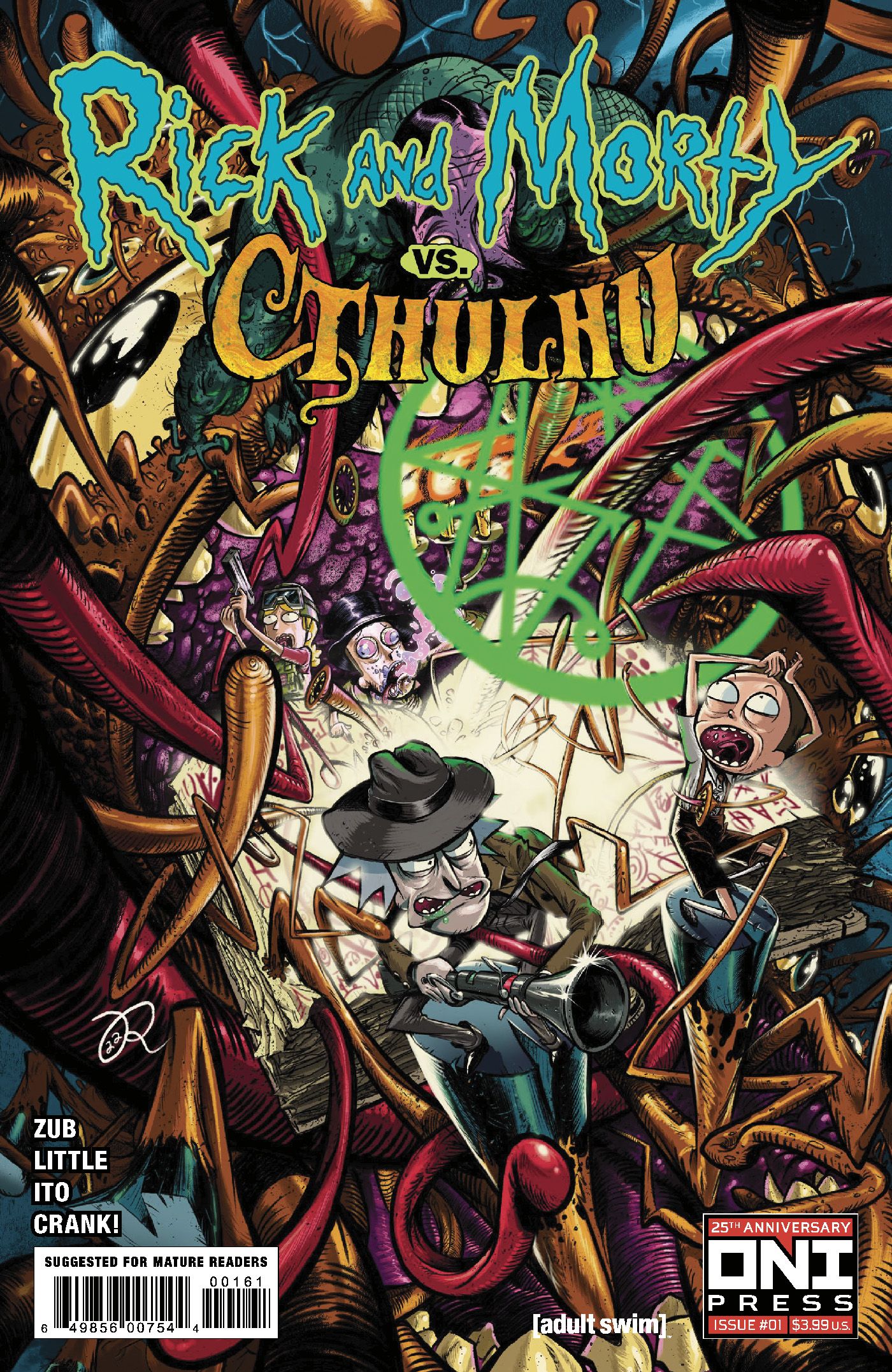 Fans of Rick and Morty™ have spent the past few years speculating on the almost-century-old cosmic villain as all episode’s opening credits feature a quick glimpse of Cthulhu, and more recently “Baby Cthulhu,” in the closing credits.

“Lovecraft horror has stuck around for decades because it asks important questions like ‘Does humanity matter in the face of an unfeeling unknowable universe?’” waxes creator Jim Zub. “Rick and Morty ask equally pertinent questions about ourselves, our existence, and the jerks who create our pop culture, so I figured it was time to peanut butter that chocolate and take a big bite.”

Returning to the creative well is Troy Little. Zub says, “Troy is one of the absolute best cartoonists in comics. His ability to take every over-the-top moment I write and translate them into jaw-dropping pages full of humor and emotion made Rick and Morty vs. Dungeons & Dragons and its sequel a huge hit. Now we’re back for a third interdimensional outing, but this one is even more messed up than before. Troy’s spin on Lovecraft’s tales of cosmic horror will bust guts and break minds. You are not prepared.”

“… If you are reading this, I’ve already succumbed to the madness,” shares illustrator Troy Little. “As a comic artist, I believed I had some innate ability to cope with insanity, but the depths of the horror I have been forced to illustrate have tested my very limits. I only hope that this warning reaches you in time. If you have access to a portal gun, do not hesitate to flee into any other dimension.”

Little warns of co-creator Jim Zub, “His phosphorus yellow eyes… I still see them in my waking dreams. The words are written with cryptic symbols only I can understand. I am compelled to draw these indescribable beasts and bear witness to the fate of Rick and Morty. This madman the ancients call ZUB weaves a tale so moist you can feel it. For this wordsmith, I would sacrifice my sanity. All for ZUB.”

Official Description: What could be worse than an off-planet sugar deal gone wrong? Tripping through a Lovecraftian hellscape with the Smith family as they fight, uh, cosmic sentient color and racist fish-people? That can’t be right…

Welcome to the Rick Sanchez School of Actually Getting S**t Done! And that poor bastard Jerry declares “everything smells like cinnamon and sorrow’” in this Lovecraftian epic.

Check Out More Below

Jim Zub is a writer, artist, and art instructor based in Toronto, Canada. Over the past 20 years, he’s worked for a diverse array of publishing, movie, and video game clients, including Marvel, DC Comics, Disney, Capcom, Hasbro, Cartoon Network, and Bandai-Namco. He juggles his time between being a freelance comic writer and a professor teaching drawing and storytelling courses in Seneca College’s award-winning animation program. His current comic projects include Conan the Barbarian, the monthly adventures of Robert E. Howard’s legendary sword & sorcery hero, Dungeons & Dragons™, the official comic series of the world’s most popular tabletop role-playing game, and Stone Star, a space-fantasy adventure set inside a roving gladiatorial arena.

Troy Little, three-time Eisner, Ringo, and Harvey Award nominee has worked with IDW, Oni Press, and Top Shelf on such books as the award-winning adaptation of Fear & Loathing in Las Vegas, Rick and Morty™ vs. Dungeons & Dragons™, The Powerpuff Girls™, Radically Rearranged Ronin Ragdolls with Kevin Eastman, as well as his creator-owned books, Chiaroscuro and the Angora Napkin series. He lives in PEI, Canada.

For over 12 years, Leonardo Ito has brought worlds to life coloring properties such as Batman Animated, TMNT, The Powerpuff Girls™, Rick and Morty™, and Sonic The Hedgehog™, among many others. Japan, technology, and racing games are some of the things he won’t shut up about. If you don’t believe him, just ask his wife.

Christopher Crank (Crank!) has lettered a bunch of books put out by Image, Dark Horse, Oni Press, Dynamite, and elsewhere. He also has a podcast with comic artist Mike Norton and members of Four Star Studios in Chicago (crankcast.com) and makes music (sonomorti.bandcamp.com). Catch him on Twitter: @ccrank and Instagram: ccrank

About Rick and Morty

Rick and Morty is the Emmy-award-winning half-hour animated hit comedy series on Adult Swim that follows a sociopathic genius scientist who drags his inherently timid grandson on insanely dangerous adventures across the universe. Rick Sanchez is living with his daughter Beth’s family and constantly bringing her, his son-in-law Jerry, granddaughter Summer, and grandson Morty into intergalactic escapades.

Rick and Morty was the #1 comedy across all US cable in 2017, 2019, and 2021. Since launch, Rick and Morty ranks as one of the top series for HBO Max, both domestically and globally. Lifetime to date, Rick and Morty has been viewed over 10B times globally, across linear, digital, and streaming.

After premiering globally beginning September 4, new episodes of Rick and Morty will debut in the U.S. on Sundays at 11:00 p.m. ET/PT on Adult Swim. Seasons 1-5 are currently available on HBO Max 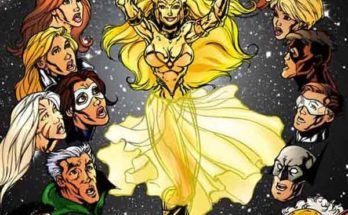 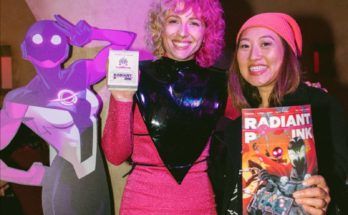 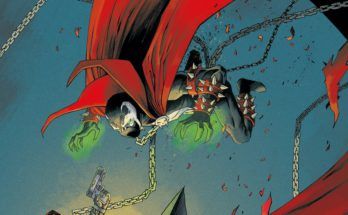